The Women in Engineering and Radio Science Committee of the 2020 IEEE AP-S/URSI Symposium is delighted to announce a Lunch Time Keynote Event with a keynote address by Prof. Cynthia M. Furse, a Professor of Electrical and Computer Engineering, a past Associate Vice President for Research at the University of Utah, and a long-time active member of the IEEE Antennas and Propagation Society and the URSI community. We cordially invite all attendees of the 2020 IEEE AP-S/URSI Symposium to join us at this online event. Please see below the theme of the Keynote Address and background information on the speaker and moderators.

Keynote - The Power of Change

Throughout our lives and careers, we experience so many changes. Some are welcome and planned, others are distressing and chaotic. Change can be very powerful, a true force to be reckoned with. In this time of great change, let’s take a few minutes to think about where we want this change to take us, and what tools we have to guide our futures. Let’s talk about innovation, thinking outside the box, and planning in uncertain times. Let’s talk about change, the power it offers us, and ways to harness that power to take us where we want to go.

She has taught electromagnetics, wireless communication, computational electromagnetics, microwave engineering, antenna design, entrepreneurship, and introductory electrical engineering (for which she co-authored an open source textbook) and has been an early leader in the development of the flipped classroom. Prof. Furse’s counts her greatest career achievement in the success of her students. In addition to students in her classes, she has served as the major advisor for 27 PhDs, 56 MS students, 174 undergraduate researchers, 12 high school research students, including one exceptional young woman who won the International Science Fair. Her extensive research on how electromagnetic fields propagate in complex lossy scattering media has been applied in medical applications in the human body, geophysical prospecting, ionospheric plasma, aircraft wiring networks, and photovoltaic systems. She is a founder of LiveWire Innovation, Inc., a spin-off company based on her research, commercializing devices to locate intermittent faults in live electrical systems.

Dr. Furse is a Fellow of the IEEE and the National Academy of Inventors. She is a past AdCom member for the IEEE AP society and past chair of the IEEE AP Education Committee. She has received numerous teaching and research awards including the 2009 IEEE Harriett B. Rigas Medal for Excellence in Teaching and the 2019 University of Utah distinguished Teaching Award. Dr. Furse and her husband, Larry, are the proud parents of a grown son and daughter, and grandparents to eight vibrant grandchildren. 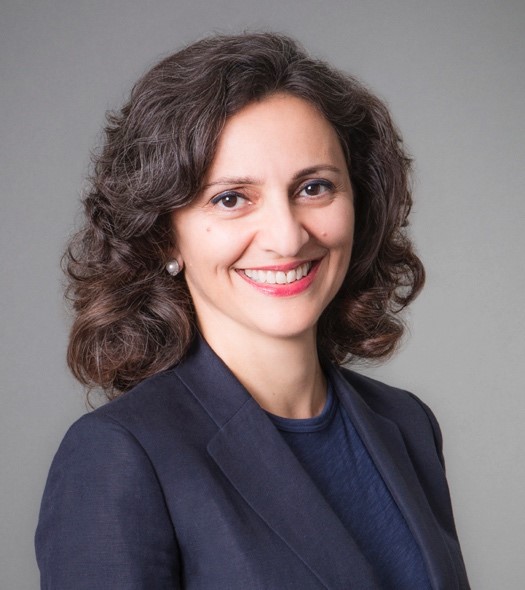 Mahta Moghaddam (S'86-M'87-SM'02-F’08) is the Ming Hsieh Chair in Electrical and Computer Engineering, Director of New Research Initiative at the Viterbi School of Engineering, Co-Director of the Center for Sustainability Solutions, and Distinguished Professor at the University of Southern California, Los Angeles, CA. Prior to that she was at the University of Michigan (2003-2011) and NASA Jet Propulsion Laboratory (JPL, 1991-2003). She received the B.S. degree in 1986 from the University of Kansas, Lawrence, Kansas with highest distinction, and the M.S. and Ph.D. degrees in 1989 and 1991, respectively, from the University of Illinois at Urbana-Champaign, all in Electrical and Computer Engineering. She has introduced new approaches for quantitative interpretation of multichannel radar imagery based on analytical inverse scattering techniques applied to complex and random media. She was a Systems Engineer for the Cassini Radar and served as Science Chair of the JPL Team X (Advanced Mission Studies Team). Her most recent research interests include the development of new radar instrument and measurement technologies for subsurface and subcanopy characterization, development of forward and inverse scattering techniques for layered random media especially for root-zone soil moisture and permafrost applications, geophysical retrievals using signal-of-opportunity reflectometry, and transforming concepts of radar remote sensing to medical imaging and therapy systems. 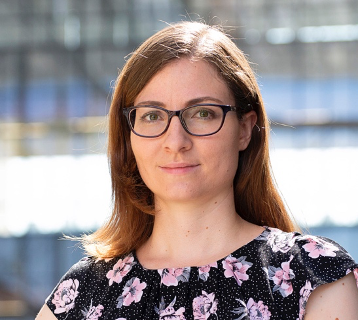 Emily Porter is an Assistant Professor with the Department of Electrical and Computer Engineering at The University of Texas at Austin, where she is associated with both the bioECE and Electromagnetics & Acoustics research areas. Dr. Porter was granted her Ph.D. (Electrical Engineering) in 2015 from McGill University, Montreal, Canada. Her Ph.D. work was in the area of Computational and Applied Electromagnetics, and focused on microwave breast health monitoring. She also has an M.Eng. and a B.Eng. in Electrical and Computer Engineering, completed in 2008 and 2010, respectively. More recently, Dr. Porter was an NSERC Postdoctoral Fellow and then an EU Marie-Curie Research Fellow with the Translational Medical Device Laboratory at National University of Ireland Galway, from 2015-2019. Her research interests include the measurement of dielectric properties of biological tissues and the development novel technologies for therapeutic and diagnostic applications of electromagnetic waves. Dr. Porter is the recipient of several prestigious national and international awards, including multiple URSI Young Scientist Awards, the IEEE Antennas and Propagation Society Doctoral Research Award, the Irish Research Council (IRC) “New Foundations” Grant, and the Royal Irish Academy (RIA) Charlemont Grant. 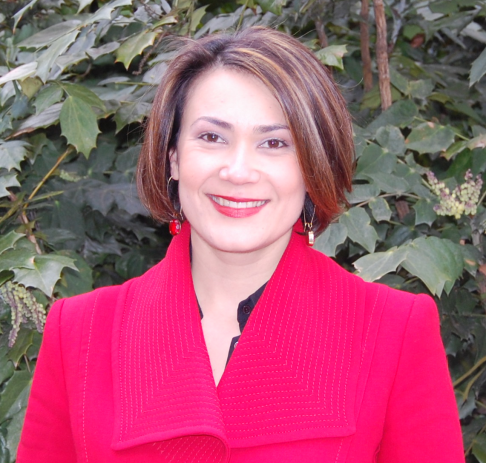 Dr. Ana Ferreras is a Senior Program Officer at the U.S. National Academies of Sciences, Engineering, and Medicine (NASEM) where she manages the U.S. National Committees for mathematics instruction, crystallography, physics, theoretical and applied mechanics, and radio science. She is also a consultant, evaluator, speaker, professional developer, researcher, fundraising expert, and advisor for organizational leaders in the private sector, academia, and the federal government. She is the leading author of “Company Success in Manufacturing Organizations: A Holistic Systems Approach.” Dr. Ferreras earned a PhD in Industrial Engineering (IE) at the University of Central Florida (UCF). Her doctoral research focused on developing a company success index model to assess and predict organizational performance based on critical success factors such as profit, productivity, efficiency, quality, employee morale, safety and ergonomics. She also holds an MS in Engineering Management from the Florida Institute of Technology and a BS in Electrical Engineering from UCF. During her doctoral research, she assisted the IE Department at UCF in reengineering the undergraduate curriculum by developing a national model, new programs, experiential laboratories, and research centers. Dr. Ferreras was a winter 2008 Christine Mirzayan Policy Graduate Fellow with the Center for Advancement of Scholarship on Engineering Education at the National Academy of Engineering. 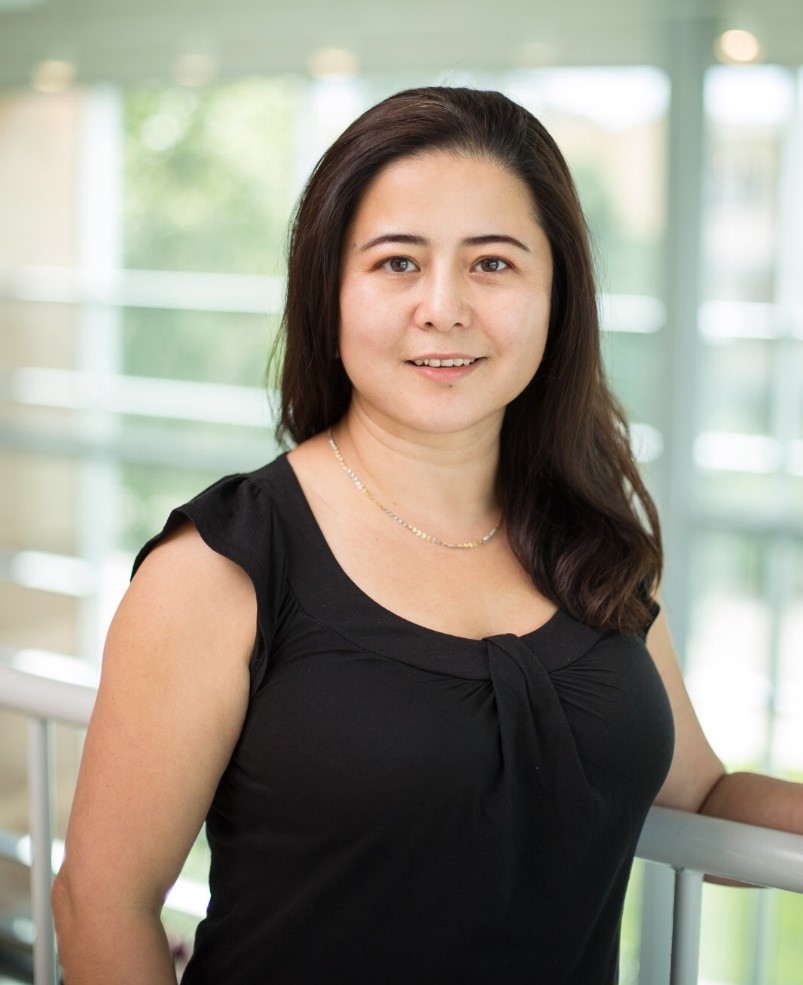 Reyhan Baktur is an associate professor of the Electrical and Computer Engineering (ECE) department at Utah State University. Her research interests include antennas and microwave engineering with a focus on antennas design for small satellites. Professor Baktur has been active in USNC-URSI and APS, serving APS’ education committee and commission B of USNC. She is the chair of the USNC-URSI’s newest chapter, Women in Radio Science.

Natalia K. Nikolova (S’93–M’97–SM’05–F’11) received the Dipl. Eng. degree from the Technical University of Varna, Bulgaria, in 1989, and the Ph.D. degree from the University of Electro-Communications, Tokyo, Japan, in 1997. From 1998 to 1999, she held a Postdoctoral Fellowship of the Natural Sciences and Engineering Research Council of Canada (NSERC), during which time she was initially with the Microwave and Electromagnetics Laboratory, DalTech, Dalhousie University, Halifax, Canada, and, later, for a year, with the Simulation Optimization Systems Research Laboratory, McMaster University, Hamilton, ON, Canada. In July 1999, she joined the Department of Electrical and Computer Engineering, McMaster University, where she is currently a Professor. Her research interests include inverse scattering and microwave imaging, theoretical and computational electromagnetism, as well as high-frequency computer-aided design.

Prof. Nikolova was the recipient of a University Faculty Award of NSERC from 2000 to 2005. From 2008 to 2018, she held a Canada Research Chair in High-frequency Electromagnetics. She is a Fellow of the IEEE and a Fellow of the Canadian Academy of Engineering (CAE).